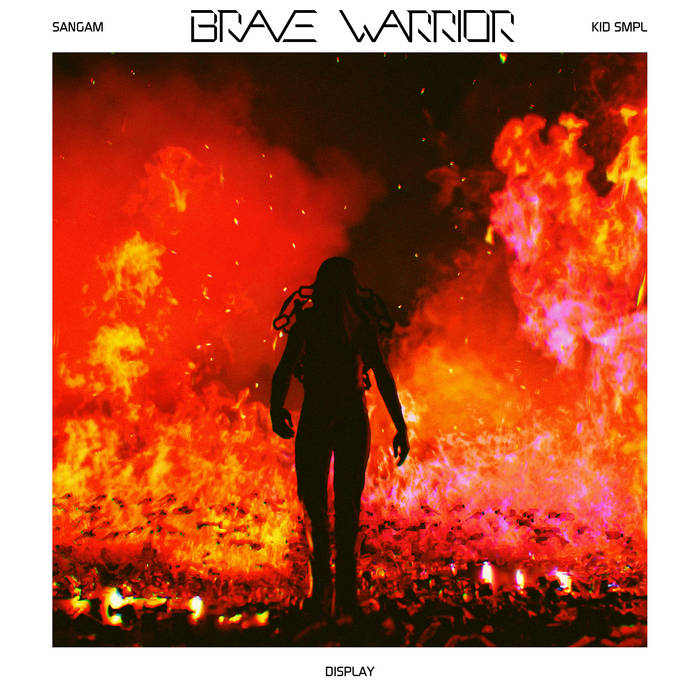 ARNII in love with this so much it hurts
(〒﹏〒)

Part of a trilogy of releases that began with 2018’s Shadow Knight on Dream Catalogue and will culminate in a yet-to-come third album, Kid Smpl and Sangam’s Brave Warrior arrives this July as the DISPLAY label’s most ambitious effort to date.

Building off of themes established on their Dwelling Descender split [DISPLAYSOLO003], Shadow Knight sees the two artists at their most conceptually adept, laying out an expansive audio-visual environment while riffing on a tight assemblage of cyberpunk and rave derived narrative threads.

Sonically, Brave Warrior sees Kid Smpl and Sangam at their most vivid, rifling through baroque soundscapes, intense breakbeat workouts, and architectural sound design. Despite the hectic narrative structure, or perhaps because of it, Brave Warrior settles into an engrossingly idiosyncratic internal rhythm, progressing with organic ease even as new abstractions and appendages emerge from its core.

Vocal motifs (“people have changed”, “this is not the end”) litter the release’s four parts, providing brief lodestars for the listener to follow and heightening the pervading post-human aesthetic. That aesthetic is furthered in Rick Farin’s video for the title track, a bleary eyed vision of an otherworldly space, at once familiar in its composition, but entirely foreign as a whole entity.